One of my favorite things to do with my Atari was making art. I had an Atari Touch Tablet and several other graphics programs which I loved to play with. One of the peripherals I desperately wanted, but never had, was a light pen for drawing directly on the screen. I recall reading this article in Creative Computing on how to make your own light pen. I really wanted to do this and recall studying this article multiple times to come up with a plan. I never got around to it which I now regret.

The first Atari Light Pen (CX70) came out in 1981 but was buggy and quickly recalled. Here is a nice blog post about the first light pen by Bill Lange. These are pretty rare and thus hard to find. Atari came out with a new and improved light pen (CX75) in 1984 for the XL series of computers. This one came in a silver box and is much easier to find. I recently found one complete in the box and in nearly new condition. I am thrilled to have this item I have wanted since the early 1980s. It is as much fun as it looks and works like a charm. The box comes with the light pen which plugs into the joystick port. It also comes with an instruction manual and an Atarigraphics cartridge with software made specifically for the light pen. In fact, you can’t use it in the Altirra emulator because the light pen doesn’t work with modern displays which lack the scan lines of the CRT monitors and TVs of the day.

Purchase an Atari Light Pen. These show up on eBay from time to time. As of this posting, there is someone selling loose light pens for about $8. A boxed set with cartridge will cost around $100 or more. I paid about $100 for a near-mint condition boxed set.

The instructions are pretty clear. Plug in the cartridge and pen and boot your Atari! It takes a little practice to get the menus down. I got comfortable with the logic after about 10-15 mins of playing with it. The light pen itself is a joy to use. It has a spring in the tip for a gentle touch to the screen.

I highly recommend an Atari Light Pen if you can find one within your budget. They are a little pricey, but you might be able to find just the pen itself for not that much and then put the Atarigraphics cartridge ROM on a flash device such as the Atarimax MaxFlash for booting on your original hardware.

The image below was made on original hardware, saved to disk, and then written to an ATR file on my PC using SIO2PC and ProSystem from Atarimax. You can’t load these images using Atarigraphics in Altirra because you need to light pen to choose the menu options. However, I was able to get the image to load using Micro-Painter although it swapped the original colors. That is the source of the screenshot I have included below.

Here is another set of instructions for making a light pen in the book Electronic Computer Projects by Soori Sivakumaran (1986). See chapter 6. 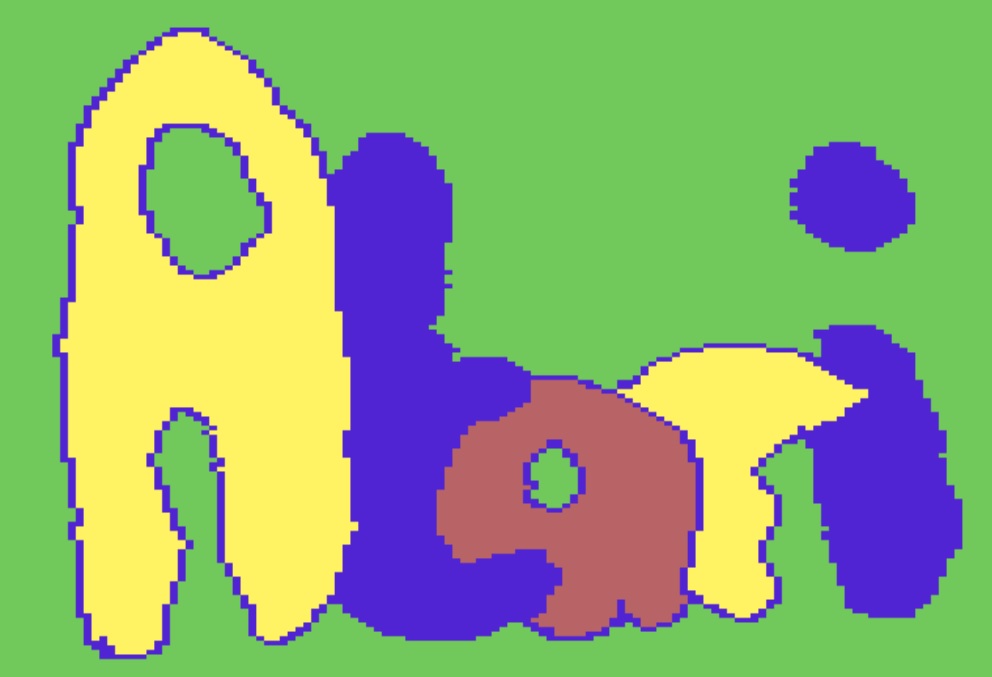